Going from NO Buy to LOW Buy

Since the beginning of 2019, I’ve been trying a little experiment. You might be familiar with the idea of a “no buy” year, or you’ve possibly heard it called a shopping ban.

The idea is to battle the consumeristic tendencies we have in our lives and create new, more intentional habits by limiting what we buy to the bare essentials like food, gas, rent, etc.

To help remind us that we don’t actually need everything we’re told we do or that we think we do.

While I’m still in love with the idea behind giving up compulsive shopping, the last 4 months have shown me it’s not exactly always the easiest thing for me. Would it be possible? Absolutely. But I’d rather not feel so guilty any time I need to get something that wasn’t on my pre-approved list.

For example, once allergy season hit, my husband was having a terrible time. It affects him to the point where he has difficulty breathing. To help that, I bought an air purifier to keep in our room. It’s helped him a lot and it was a very good purchase that adds a lot of value to our lives.

Finn broke his leash last week. It was still functional, but the leash didn’t retract so it kept getting tangled up. Instead of just dealing with that inconvenience for the sake of not buying something, I bought a new one and I don’t regret it one bit.

These weren’t things I had on my pre-approved list I made at the beginning of the year because I couldn’t exactly foresee the need for them. They weren’t absolute necessitates, but both added a lot of value to our everyday lives. You feel me?

Because of this, I’ve decided to change my “NO Buy” year to a “LOW Buy” year. I’m not going to set limits, but I’m also not going to spend excessively like I used to.

I think by not putting myself in a box with such rigid expectations and giving myself the freedom of really knowing and recognizing what’s a need versus a want, I will be much less likely to suffer from the impulses and withdrawals I was feeling at the beginning.

Minimalist’s always talk about the versatility of this lifestyle because it’s not a one-size-fits-all type of thing. It’s about finding what works best for you in your life. Most of the time, the way we figure things out is trial and error.

This is a great example of that!

I wanted to share this because I’m constantly learning new ways to embrace simple living and I believe this lesson illustrates a few important things:

So, let’s talk about these a bit.

1. Minimalism really is about what’s best for you.

When I first started learning about Minimalism, I loved the idea that it can work for anyone. It isn’t limited to one certain type of person, the effects can reach anyone with an open mind who wants to live more meaningfully and simply.

“Minimalism is not about deprivation, it’s about intentionality.”

Most people think that to be a minimalist, you have to fit into a pre-conceived box. I often hear things like “I could never do that” or “I’m not as Minimalist as you”. The truth is anyone could do it if they really wanted to, but if it’s not right for them they won’t. And that’s 100% ok!

There also shouldn’t be any comparison for how Minimalist someone is (or in general, really) versus someone else because it’s like comparing apples and oranges. They’re both fruit but are completely different otherwise.

One of my favorite quotes is by Albert Einstein:

“Everybody is a Genius. But if you judge a fish by its ability to climb a tree, it will spend its whole life believing it’s stupid.”

This is why comparison is so dangerous. It isn’t realistic.

We can’t compare our lives to others because no one has the same set of circumstances and we don’t know the true back story for anyone but ourselves.

As a control freak, I admit this one can be pretty rough sometimes. I like to plan things out because I’m a very anxious person by nature and feeling like I have control over something tends to make me feel better.

But the reality is that we don’t have control over most things. I believe God is in full control of my life and I trust Him 100%. Although it’s hard sometimes (really effing hard), that’s what I have to remind myself.

There really is something to be said for letting go of things and trusting that it will be ok. Meditation has helped me a lot with this one, but I still struggle.

In terms of my shopping ban, I was really trying to not buy anything extra in all of 2019. Since I’ve already failed at that, and I could just not tell anyone and keep going, I’d rather be realistic and adjust my plan moving forward because there are bound to be others like me that the NO BUY thing just doesn’t completely work for.

One of my reasons behind the shopping ban was debt repayment. I want to pay down a good portion of my debt this year.

I’m still determined to do that, but I’ve also realized that things will inevitably come up and I’ll need to spend money. That’s life. The point is to be more aware of how I spend my money and where it’s going.

It’s not all going toward clothes anymore like it used to, and that’s already a huge improvement. The experiment was to work on changing my habits and being more financially responsible. THAT’s the important part of the whole thing.

My new challenge will be deciding what is really important and what is frivolous. I will still be learning as I go, but the fact that I’m putting this much thought into it is already a complete 180 from this time last year.

3. Having too harsh of restrictions can backfire.

Have you heard of the yo-yo effect? It’s a common phrase associated with fad diets. People can try them for a few days, weeks or maybe even months, but once they stop, the end up right back where they were originally (or worse sometimes!).

This idea is associated with extremes. When we’re too extreme with ourselves, sometimes we rebound.

That person who just spent a month without eating any sugar will celebrate that victory by eating an entire cake as a reward and be right back at square one.

This happened to be in the beginning. When I was telling myself “YOU CAN’T BUY ANYTHING AT ALL!!!”, all I wanted to do was buy things. I was looking around online, figuring out what I needed to add to my closet. All because I told myself NO so harshly.

I felt like I was back at square one, just as bad as before.

When you’ve done something so much for so long, it’s hard to quit cold turkey. Shopping used to be a way for me to self-sooth when things were going wrong.

I realize that that is no longer a healthy option for multiple reasons and want to change it. But going so extreme may not have been the best call for me. I’m a rebel at heart.

Giving myself more open guidelines and more trust in my decision making skills should help. In reality, it all comes down to how disciplined I am.

4. Consumerism isn’t the problem. Over consumption is.

We buy a LOT of stuff as a country.

Have you ever looked around a Wal-mart or Target and seen just how much stuff there is in the store, then thought about the fact that there are hundreds more of those stores and thousands more just like them that are just as full of stuff? Then infinite warehouses holding even more stuff?

This realization happened to me at Target the other day and it legit almost gave me a panic attack.

It can be overwhelming to think about. We’re constantly surrounded by more stuff than we realize, we don’t even fully process it all! We don’t even notice because it’s the norm.

Buying things isn’t bad, it’s necessary to consume. We have to buy things, that’s just how it goes. But we don’t have to OVER consume. We don’t need 16 winter coats when 1 or 2 would be fine. We spend mindlessly most of the time and that is the real issue.

Marketers have gotten so good at sending us messages we don’t even realize it anymore. It’s just a part of our daily lives. But now, there’s a whole group of people like us that are paying closer attention to that and tuning it out little by little.

By not over-consuming, we’re living a more meaningful life, and that’s the whole point, isn’t it?

The turtle beats the hare because he’s consistent, right? The key to making big lifestyle changes is being consistent and making the same decisions over and over and over, again and again until they become habits. Habits aren’t formed (or killed) over night.

While I wish I could just decide how I want to be and that just automatically be how it is, that’s not how it works. Anything worth having takes time.

Making these slow changes with consistency is how you change your life and become the person you want to be. Being intentional with your choices is crucial to the big changes actually sticking.

Because my initial change to not shopping at all was so radical, it wasn’t realistic or conducive to long term change. Instead of looking forward to the end of the year when I could buy things again, I now know I can really get what I want but I will choose not to. I will work on being consistent indefinitely instead of just for the rest of the year.

So for my new “low buy” year, I’m not going to set any rules for myself. I know what I have and what I need, and it will be up to me to make those responsible decisions.

My goal is to not buy anything I don’t need and to continue to work toward paying off my debt so we can get a house.

Yes, pay off debt to obtain more, I know. Wacky. But it’s always been a huge dream of mine to own my own little house and I can’t wait to do that with Jake.

Long term, I expect better results this round because I’m trusting myself to make better decisions toward accomplishing the things I really want in life.

Life is meant to be enjoyed. While I 100% believe we need to consume less, I don’t believe we need to limit ourselves just for the sake of limiting. Buying things with purpose that will add value and improve your life are important.

We just have to work on realizing where the line is between too much and just enough.

What are your thoughts on Low Buy and No Buy? I’d love to hear below! 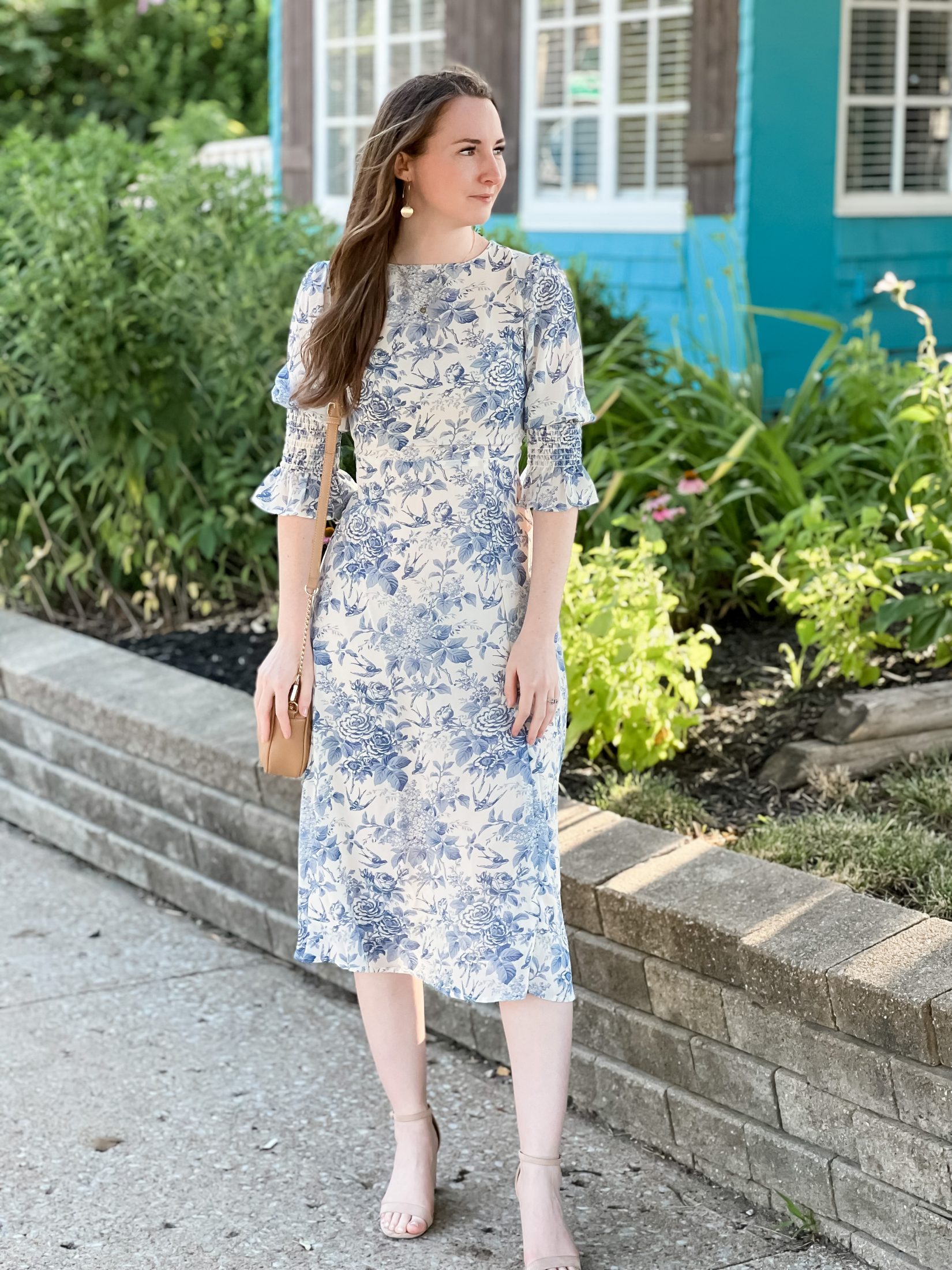 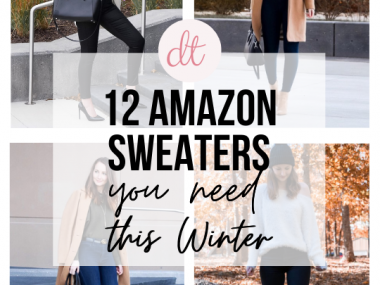 12 Cozy Amazon Sweaters to Get this Winter 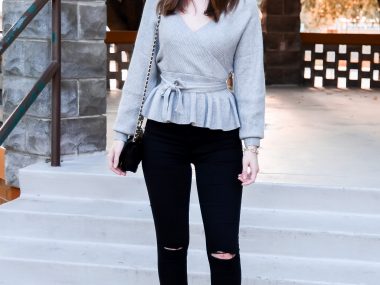 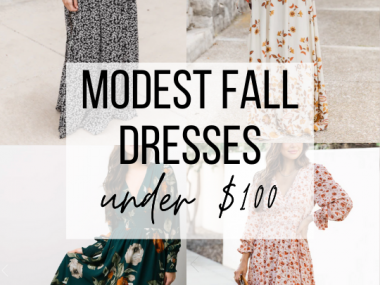