Review: Are the Spanx Faux Leather Leggings Worth It?

During the anniversary sale this year, I finally snagged a pair of the Spanx faux leather leggings. They basically have a cult following and everyone who owns them raves about them. They were the #1 thing I was recommended to buy, so I did.

But, were they worth it? I mean, on sale they’re $65. For LEGGINGS. I can’t fully wrap my head around that. Right now they’re back up to full price for almost $100!

I wanted to find another option that looked similar but had a smaller price tag that I could compare with them to see if they were really worth the hype.

This is the pair I got that look *exactly* like the Spanx leggings. Can you tell a difference with them side by side?

In the above photos, the Spanx pair is on the right, the dupe is on the left.

Here is an unedited picture of them side by side. The dupe is on the right, the Spanx pair is on the left. You can see even the tag is the same!

Let’s go over the Spanx first, since that’s why we’re here after all 🙂

I will say I love the design. I tried another pair of faux leather leggings from Amazon and when they got here I was like WOAH did I order black Saran wrap?? They were so shiny. It was awful.

The Spanx leggings have a very subtle sheen to them, which I love. It makes them feel classy. It’s not too much, it’s just right. They’re almost pebbled instead full on pleather-like.

They also, it true Spanx fashion, hold you in REALLY well. I ordered a small (which is retrospect might have been a mistake) and once I got them on, they really did hold me in. I felt very secure in them, which I actually enjoyed. No food baby in these bad boys.

I would recommend sizing up if you want them just as leggings and don’t want so much of the “suck in” factor. They were a bit of a struggle to get into but once I did, I was IN. They don’t feel overly tight which I was expecting with the effort it took to put them on. They still have a great amount of stretch.

I’m 100% a fan of these leggings. They are great quality and look exactly like the Spanx pair. They are slightly darker when laying them side by side, but you can’t tell when you’re wearing them. They’re only $38!

This pair doesn’t have the same compression affect as the Spanx, but they are still snug. I sized up to a medium in this pair because I didn’t want them as tight and hard to get into as the Spanx. They’re a tiny bit loose around my waist at the top but they don’t go anywhere since they’re so tight everywhere else.

I tried multiple pairs from Amazon to find the right ones and this was by far the best. They’re not latexy or metallic, they’re perfect.

So, are they worth it?

All in all, they’re a great quality piece. If you’re willing to invest the money, go for it! They’re definitely a staple piece for the colder months, but I actually prefer the dupe for a few reasons.

First, I personally can’t justify $65 (on sale, $98 full price) on leggings because I’m too frugal for that haha. Second, I don’t want the feeling of being sucked in by my leggings. I prefer the fit of the dupe. Third, they’re a bit longer. I’m 5’8”, so that’s a plus for me.

I do think the Spanx pair are great, but in my mind, not quite worth the money when I can get something so identical for less than half the full price. What do you think?

a life + style blog dedicated to helping you love everything in your closet and create chic, simple & affordable looks with a capsule wardrobe. 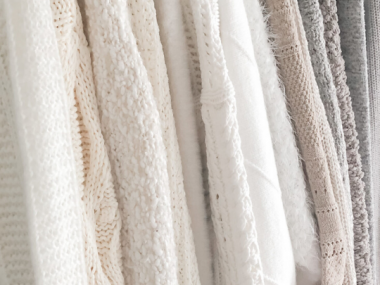 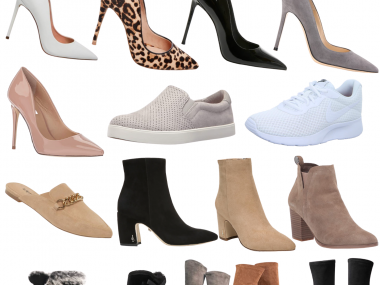 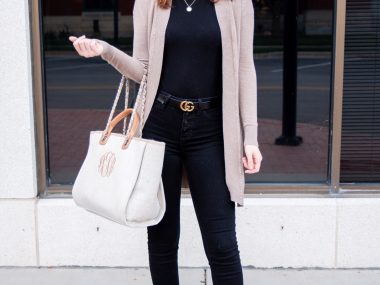 The key to a positive selling experience? Getting

Coming into the weekend with 3 properties under co

Have you ever felt super motivated at the beginnin